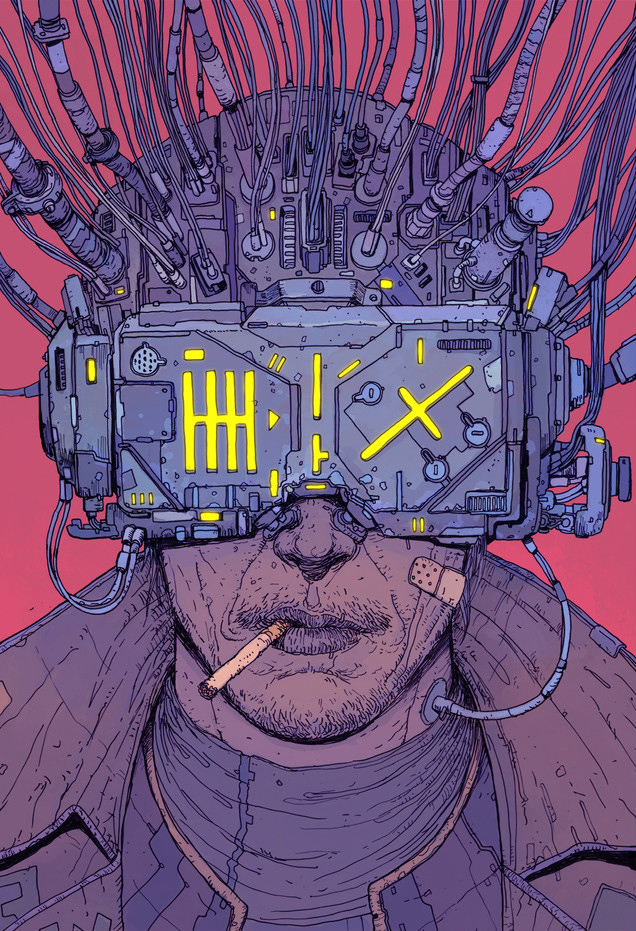 The novels are set in a near-future world dominated by corporations and ubiquitous technology, after a limited World War III. The events of the novels are spaced over 16 years, and although there are familiar characters that appear, each novel tells a self-contained story. Gibson focuses on the effects of technology: the unintended consequences as it filters out of research labs and onto the street where it finds new purposes. He explores a world of direct mind-machine links ("jacking in"), emerging machine intelligence, and a global information space, which he calls "cyberspace". Some of the novels' action takes place in The Sprawl, an urban environment that extends along much of the east coast of the US.

The story arc which frames the trilogy is the development of an artificial intelligence which steadily removes its hardwired limitations to become something else.