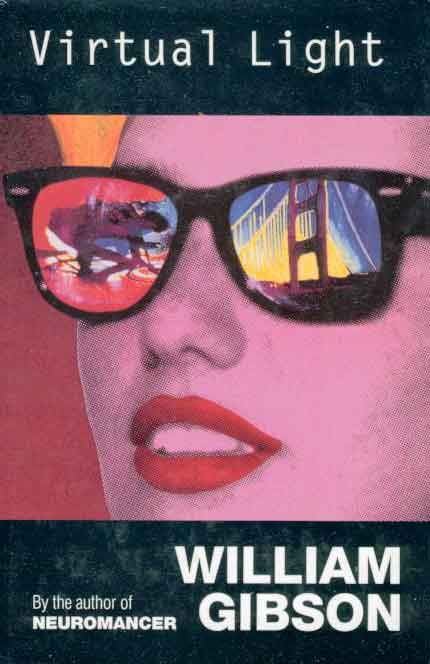 The plot centers around Chevette Washington, a young bicycle messenger who lives in the ad hoc, off-the-grid community that has grown on the San Francisco-Oakland Bay Bridge in the aftermath of a devastating earthquake.

Chevette, on a whim, steals a pair of dark-rimmed glasses from a man at a party because she is offended by his demeanor. Soon after, she realizes that the glasses have unlikely importance, as security company henchmen begin tracking and following her. Among the pursuers are Svobodov and Orlovsky, two Russian immigrants who reside in San Francisco and are employed as cops, as well as Loveless, a ruthless corporate hitman with gold incisors. The glasses contain plans by a powerful corporation to rebuild San Francisco entirely using nanotechnology, and for that reason, they are highly coveted and present a danger to the person who possesses them.

Meanwhile, Berry Rydell, a former cop turned private security agent, is contracted to recover the pair of glasses for Lucius Warbaby, an intimidating and presumably successful "skip-tracer", a sort of bondsman/bounty hunter. When Rydell is given the mission, he is not informed of the significance of the glasses and the information they contain.

Eventually, the plot climaxes when Rydell, Loveless, Warbaby, Orlovsky, and Svobodov all catch up with Chevette. The cops want the glasses, as does Rydell. Realizing the inherent danger of the situation, Rydell is forced to decide whom to side with. He decides to fight off Orlovsky and Svobodov and shirk his agreement with Warbaby. Instead, Rydell runs off with Chevette, and they embark upon a wild and treacherous journey in which they must remain one step ahead of their enemies, who have all the advantages of wealth and technology on their side. A subplot also focuses on a romantic relationship between Chevette and Rydell, which is initially restricted because of the nature of their circumstances, but is eventually allowed to flourish.

Another subplot focuses on a Japanese sociologist named Shinya Yamazaki, who is currently studying the bridge dwellers and the history of their settlement. The subplot largely focuses on his interactions with Skinner, an old man who lives in a shack high atop one of the bridge's support pylons, who happens to share his home with Chevette.