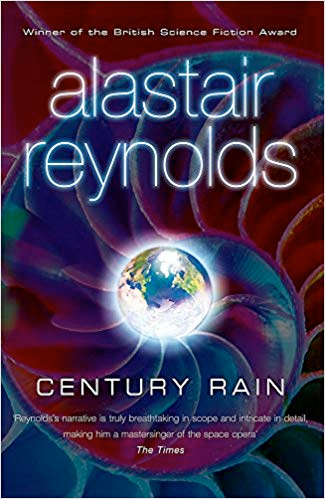 Wendell Floyd is an expatriate American living in an alternate version of 1950s Paris. In this world, the Nazi invasion of France failed, and Hitler was deposed by the German High Command. Without World War II, technology in this world has stagnated at 1930s levels, and Fascist political parties have gained power in France.

Floyd is a part-time jazz musician whose career has stalled since his ex-girlfriend, Greta, left Paris to pursue a musical career touring with another jazz band. He and his band-mate André Custine earn a supplemental income working as private detectives. When the novel opens, Floyd and Custine are hired by a concerned landlord to investigate the death of one of his tenants. Blanchard, the landlord, is certain that the death of Susan White, which the Parisian police have written off as an accident, is murder. Floyd is not so certain, but he's willing to investigate.

In a scene seemingly from another novel, Verity Auger finds herself responsible when her archaeology dig beneath the frozen ruins of some far-flung future Paris results in the death of one of her students. During her trial she is caught up in political infighting, and maneuvered into accepting a high risk assignment, without knowing what it entails.

But when she is summoned on a mission to Mars by the top-secret security agency Contingencies, Auger is more than relieved to be exempt from her tribunal and the years of prison that she would otherwise have to face. However, when she is taken to a secret underground base on the Martian moon Phobos containing an ancient alien relic that opens a portal to a distant part of the galaxy, and told that she is to go through it, she begins to have second thoughts about continuing with her mission. Things get even more bizarre when she finds out that at the other end of the portal is an alternate-history version of Earth in the year 1959 — almost 300 years behind her present-day — and that she is to retrieve a tin of documents that was left behind by Susan White, an earlier agent sent to "Earth Two", who died under mysterious circumstances.