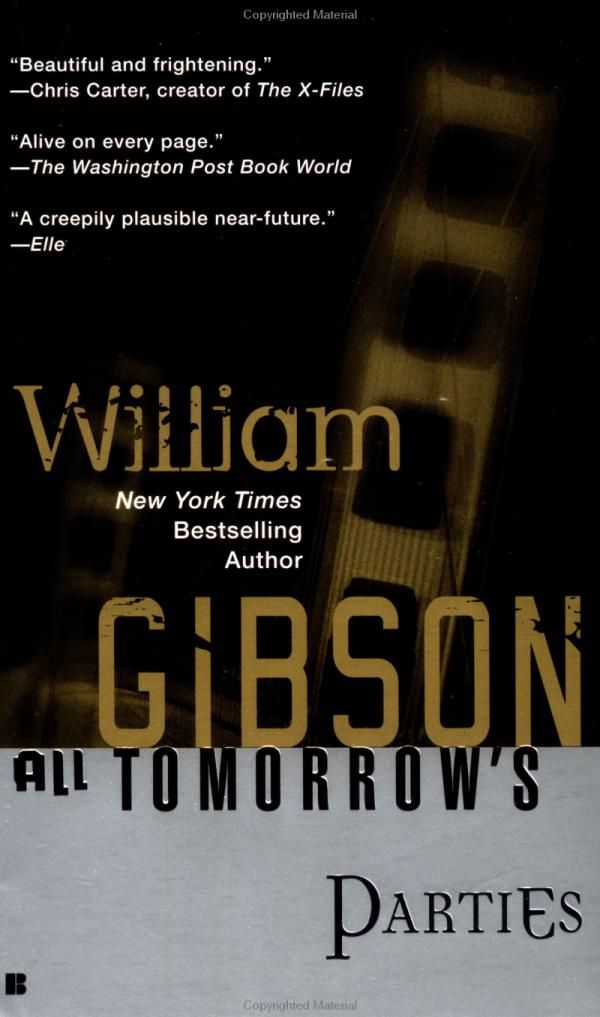 The book has three separate but overlapping stories, with the repeated appearance of shared characters. The San Francisco/Oakland Bay Bridge, the overarching setting of the trilogy, functions as a shared location of their convergence and resolution.

The first story features former rent-a-cop Berry Rydell, the protagonist of Virtual Light. Rydell quits a temporary job as a security guard at the Lucky Dragon convenience store to run errands for atrophied computer hacker Colin Laney (the protagonist of Idoru), who lives in a cardboard box in a subway in Shinjuku, Tokyo. As a child, Laney was the subject of pharmaceutical trials which damaged his nervous system. As a result, he suffers from a form of attention deficit disorder but gains the ability to discern nodal points in the undifferentiated flow of information, and from that he acquires a certain predictive faculty. This makes him ideal for the role of "netrunner" or data analyst. A side effect of 5-SB, the drug administered to Laney, causes the user to become attached to strong personalities. As a result, Laney has become obsessed with media baron Cody Harwood of Harwood/Levine, a powerful public relations firm. He spends his life surfing the net from his enclave in the subway, searching for traces of Harwood in the media. From this, Laney foresees a crucial historical shift which may precede the end of the world "as we know it". He predicts that Harwood, who had also taken 5-SB before (albeit voluntarily, with the knowledge of the consequences), knows this and will try to shape this historical shift to his liking. To stop Harwood, Laney hires Rydell under the guise of a courier to travel to San Francisco where he believes the next nodal point will congeal.

The second story concerns ex-bicycle messenger Chevette Washington, also from Virtual Light, who is on the run from her ex-boyfriend. She escapes to her former home, San Francisco's bridge community, to find refuge and revisit her past. She is accompanied by Tessa, an Australian media sciences student who visits the bridge to film a documentary on "interstitial communities".

The third story follows a mysterious, left-handed mercenary named Konrad. Although Konrad is employed by Harwood, he appears to be directed by his own motives. In particular, Konrad aligns his movements with the Tao, the spontaneous, universal energy path of Taoist philosophy.