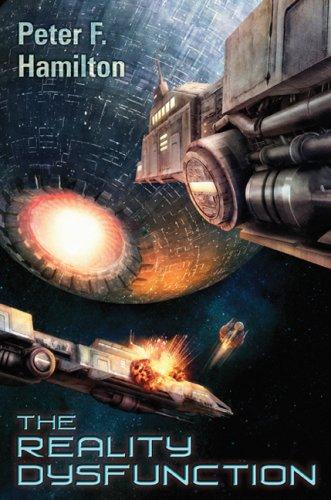 The three books are each well over a thousand pages long and are not standalone novels, totalling 1.2 million words. The trilogy is set in a universe with a wealth of worlds and artificial orbiting colonies. The plot is centered on the souls of the dead coming back from a hellish "beyond" to possess the living, and the latter fighting back. It was followed by a companion to the series, The Confederation Handbook, an informational book containing data about the universe of the Night's Dawn trilogy. Hamilton re-set several earlier short stories set in the Confederation timeline, published as the collection A Second Chance at Eden (see "Short story collections" below), including the newly written title novella.