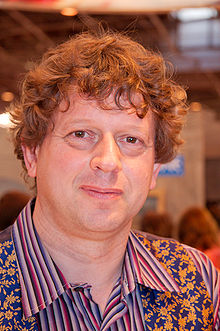 Peter F. Hamilton was born in Rutland, England on 2 March 1960. He did not attend university. He said in an interview, "I did science at school up to age eighteen, I stopped doing English, English literature, writing at sixteen, I just wasn't interested in those days."

After he started writing in 1987, he sold his first short story to Fear Magazine in 1988. His first novel, Mindstar Rising, was published in 1993, followed by A Quantum Murder and The Nano Flower. After this, he wrote a massive space opera, called The Night's Dawn Trilogy. As of 2008, he still lives in Rutland, near Rutland Water, with his wife Kate, daughter Sophie, and son Felix. He is currently working on a new trilogy of books set in a new universe, collectively titled Salvation.